You are here: Home / SNES 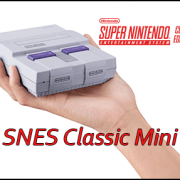 “a charming little relic of a distant time”

These are the words of one reviewer of the latest games console released by Nintendo, the Classic Mini SNES, at the end of September.

Retro-gaming has become a popular activity as first-generation gamers, now adults and parents, want to share the delights of the characters and games on consoles they remember so fondly to their children. Not only this, but it brings game playing back into the living room and something to be shared with friends or family.

But the newest addition from the company, whose fortunes have been revived by the Nintendo Switch, is in short supply.

Although the company has promised to manufacture more and to block multiple pre-orders in an effort to prevent the supply problems that saw last year’s NES Classic selling on sites like eBay for considerably more than their actual store retail site, so far these measures seem not to have worked.

Bearing in mind that Christmas is on the horizon that may mean queuing in the early hours at an actual retail store when the next shipment is due in, unless you want to buy one online at almost double the actual retail price.

Another drawback is that the console does not include a plug, which you will have to buy separately.

It will, however, be worth it, according to reviewers.

The mini is a faithful small-scale reproduction of the original console and controls, although it now plugs into modern TVs through an HDMI cable and has additional suspend and rewind features so that you can stop playing and return later. While you cannot download or expand the games available the Classic Mini SNES comes with 21 traditional games that so delighted past generations, including Final Fantasy VI and Super Mario World, Super Mario, Castlevania IV, Super Metroid, Zelda and Super Ghouls ’n Ghosts.

The Guardian’s Keith Stuart says: “The greatest thing about the Mini SNES is that it will allow the original purchasers to quickly and easily share these memories with their children, their siblings or their old friends once again.”