You are here: Home / Disabled Gamers 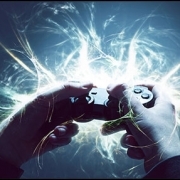 Manual dexterity is just one of the issues that can affect would-be gamers with disabilities.

However, there is help out there, and the latest news is that Microsoft has just launched a new Xbox controller that people with disabilities can adapt to their specific needs.

The controller is expected to be released worldwide later this year and users will be able to operate its two large buttons with hands, elbows or feet. It can be placed in a number of positions and there will be a range of add-on devices including bite switches, foot pedals and touch-sensitive pads.

There will also be an app that will allow users to personalise their control set-ups and switch between three controller configurations.

According to a report in the Guardian the wireless device will be powered by a rechargeable battery but there will also be an optional power supply for those who will need controls, such as mouth-operated quadsticks, that can draw a lot of power.

The design team worked with occupational therapists including one with experience with spinal cord or traumatic brain injuries.

In the UK, an Oxford-based charity called SpecialEffect has for the last two years been providing support and adapted technology to gamers with disabilities.

Not only do its volunteers go out and meet individuals, it offers a variety of equipment from a simple switch, to a full eye-tracking system that can cost thousands of pounds. The equipment allows people to manipulate games controllers through ways other than using their hands.

It also offers lifelong support with using the equipment, which is offered on long-term loan to those who need it.