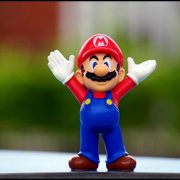 In just 10 months since it was launched, sales of the Nintendo Switch have outsold the Wii U.

Tech gaming experts speculate that ultra-high definition gaming such as the new Xbox and PlayStation versions have had little effect on Switch sales and argue that it is because Nintendo has concentrated on really entertaining new versions of much-loved games.

Others argue that, although hardly an impulse buy, Nintendo priced the Switch cleverly to be more affordable than the Xbox and PlayStations, as well as managing supply to stimulate appetite without building potential buyers’ frustration with long waiting times.

In addition, the Switch is a hybrid of a handheld and home console and it is easy to switch use between the two options so that it has little competition.

But could it also be down to nostalgia?

Two Switch games, Super Mario Odyssey and Legend Of Zelda: Breath Of The Wild, have been widely praised and both have won awards.

Certainly, nostalgia plays a part, but according to the website polygon.com a big selling point for the Switch is that it is something that parents feel safe in buying for their children: “Nintendo doesn’t just make games that are universally enjoyable, but it also builds in easier modes so that kids and parents can play together and have fun”.

Here’s a selection of more than a dozen already announced: Hyrule Warriors: Definitive Edition – due in spring 2018, The World Ends With You – Final Remix – no date yet,  Dark Souls Remastered – due in May 2018, and later in the year a new Yoshi game, which is still a work in progress.